TWR is proud to have the best team in the industry. Not just the Management Team featured here, but it’s whole team from top to bottom.

TWR is proud to have the best team in the industry. Not just the Management Team featuredhere, but it’s whole team from top to bottom. TWR has been careful to hire onlyhigh quality team membersand has a 20 year average tenure as a result of a select group of values. The values that have been used by the leadership for building the team are: always be slow to hire, respect every team member, manage how you’d want to be managed, and reward/compensate well. With these values we’ve built a team that is very skilled, very experienced, and a joy to work with every day. They are the best at what they do and they are proud of what they do. 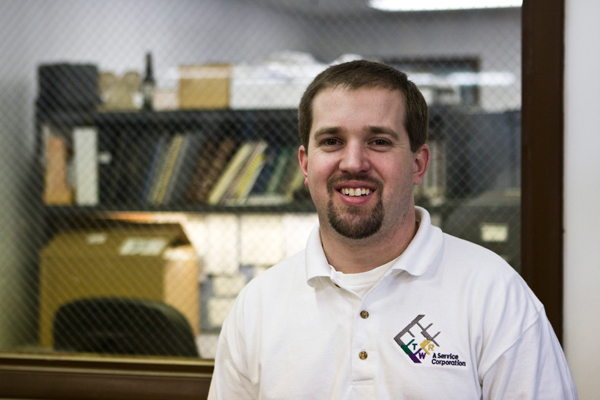 Dan joined TWR in 1999 as TWR was in the process of moving from Rosemont to Schaumburg. Dan is a third generation Moore to work for TWR. His grandfather Richard served as an accountant for the founder in the late 60’s. His father Tom was in leadership from 1991 until his death in 2003.  Dan is a graduate of Fremd High School in Palatine, IL.  He attended Northwestern College in MN and later earned a degree from Triton College in River Grove, IL.  Dan left TWR in 2007 spending time in law enforcement before returning to the metal finishing industry with two other finishing companies between 2008 and 2011. There he was trained in Teflon Coatings, Powder Coatings, and as an ISO 9001:2008 Auditor/Facilitator amongst other skills.  Dan returned to TWR on January 1st, 2012 as the General Manager and in 2014 replaced Del as the President.   Dan brings energy, enthusiasm, and a commitment to great service.

Dan is married to Nicole and they have two children: Wesley and Adri.  Dan is involved in his community through Harvest Bible Chapel in Elgin where Dan serves in the Personal Finance/Stewardship Ministry helping families learn to manage their household finances.  Dan loves the outdoors and is both a firearm and an automotive enthusiast.  If he wasn’t working with TWR he’d be on a full time RV road trip with his family! 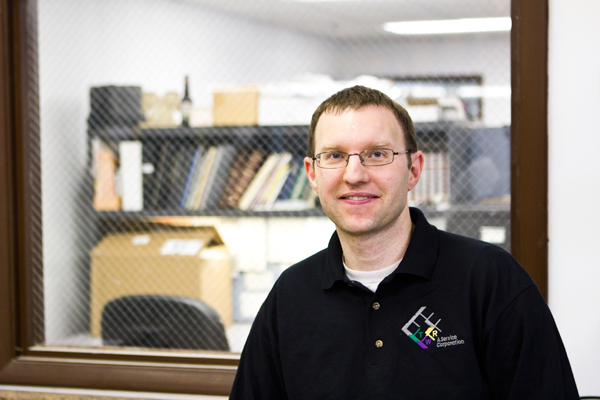 Scott joined TWR in 2000 part time as the Office Manager/Bookkeeper.  A graduate of Maine West High School in Des Plaines, IL, Scott earned a BS in Business Management/Marketing from Bethel University in St. Paul, MN in 1996. Scott’s organization and communication skills added with his friendly attitude make him a perfect fit for TWR.  In 2007 he came on full time and took on the Customer Service role when Dan left. Scott is the friendly voice you’ll hear almost every time you call. He has played a large role in helping to cast the vision for TWR’s future.

Scott is married to Jill and they have two daughters: Emily & Brook.  Scott is actively involved at Harvest Bible Chapel in Rolling Meadows, IL where he serves as a volunteer AWANA Leader working with kids.  Scott sees himself best suited as a right hand to a successful business owner.  If he weren’t at TWR he’d probably be helping another business in this same role or perhaps, he’d be on a perpetual vacation with his family somewhere warmer! 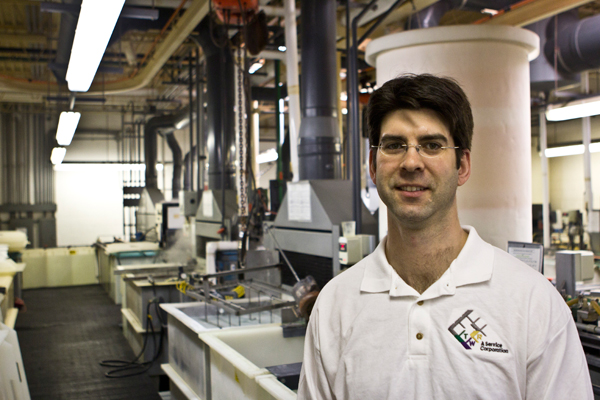 Jim joined TWR in 2000 as the Quality Control Manager.  His main roll was and is to keep the chemistry in balance at TWR.  Jim is a 1993 graduate of Maine West High School in Des Plaines, IL and received a B.S. in Chemistry from Illinois Wesleyan in 1996.  Jim spent a year in Africa with the Peace Corps teaching English.  Jim has brought stability to the Electroless Nickel Chemistry at TWR.  Jim is a highly intelligent strategic thinker that has been instrumental in developing new techniques to improve the quality of our coatings and the efficiency of our processes.

Jim is married to Teresa and they have 6 children: twin daughters Pearl and Coral, Norah, Marilyn, Cynthia, and son, Evan.  Jim and his family are very involved with Harvest Bible Chapel in Elgin, IL.  Jim’s work ethic and determination make him an effective problem solver. Combine that with a caring spirit and he’s a prime example of servant leadership at TWR.  If he were not working for TWR, he and his family would be intentionally lost somewhere on the Appalachian Trail.

Christian joined TWR in 2007 as a part time shop worker trying to get through college.  His work ethic and ability to keep a good attitude caught the attention of leadership and he progressed through to a Chemist in training role in 2013 transistioning to full time.  From there he went onto become a fully trained Chemistry Assistant to Jim and ultimately to the Plant/Production Manager position in 2019.  Be nice to him as he has a large say in the scheduling of work through the shop!

Christian is married to Angie and they have a daughter name Elizabeth.  Christian is kind hearted and spends a lot of his free time assisting his father and brothers in a home remodeling business.  Christian is an automotive enthusiast and enjoys car shows.  If Christian weren’t at TWR, he’d probably be working in a shop customizing cars.

Looking for quick access to our Thomas Net site?